В В В В В  Don’t take your Life Insurance policy to the grave. Make sure your beneficiaries know how to claim the benefits 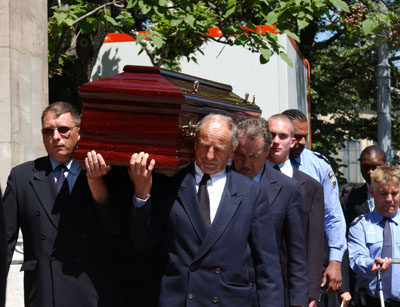 People who buy life insurance may not understand that payment isn’t automatic when they die. Life insurance companies typically have to be notified of a policyholder’s death. Insurers traditionally have made little or no effort to determine whether a policyholder has died, or to track down the beneficiaries listed on the policy.

That’s a sore point with some state insurance regulators. They point out that insurers have been quick to scour resources such as the Social Security Death Master File, a database that records the deaths of most people with Social Security accounts, to find customers who receive payments from their annuities. When such a customer dies, the insurer can typically stop making annuity payments, saving the company money.Insurers traditionally haven’t checked the database for people with active life insurance policies, however. Florida Insurance Commission Kevin McCarty, a critic of industry inaction, told Insure.com that beneficiaries are owed a total of at least $1 billion in unpaid claims and that the missing money could total “several billion dollars.”

In the worst-case scenario, insurers might use the cash value of some policies to pay the premiums, eventually causing such a policy to run out of value and be canceled. In other cases, the insurers may continue to collect interest on unclaimed benefits. Earlier this year, Prudential reached a multistate agreement with regulators, promising to overhaul its computer system and revise its business practices to better identify life insurance beneficiaries. Prudential agreed to pay $17 million to cover the costs of the six-month investigation that led to the settlement.

The Social Security Administration recently threw the industry a curveball when it announced it would limit access to the Death Master File. But now private database company LexisNexis has launched a service to help insurers find dead policyholders. Whether many insurers will use the service is an open question, Danise said.If you suspect a loved one died with insurance coverage, you shouldn’t expect an insurer to come riding to the rescue, though. Even if the insurer knows the person died, the company may not have a current address for him or her. Many old policies lack Social Security numbers for policyholders or beneficiaries, which can make tracking down heirs more complicated.

Speaking of complications, here’s another one to consider: Even if your loved one bought a life insurance policy at some point, it may not have been in force when he or she died. Term insurance policies typically end after 10, 20 or 30 years. If the person dies after the term expires, no benefits are owed.Other life insurance policies are designed to last for life, but only if the premiums are paid up. Many life insurance policies lapse within a few years because the policyholder stops paying, said Paul Archibald, a retired insurance professional who runs the Lost Life Insurance Policy Finders.

To find out if an insurer might owe you money, you (or the person in charge of settling the dead person’s estate, often known as the executor) should take the following steps:

1. Try to find the policy or evidence that it exists, such as payments from a checking account or credit card. Expand your search to unexpected places, since older people sometimes hide valuables and important papers in books, by taping them to attic rafters or by stuffing them in a freezer, said Julie Hall, who blogs at The Estate Lady Speaks and has written several books on clearing out estates, including “How to Divide Your Family’s Estate and Heirlooms Peacefully & Sensibly.”

2. If your search turns up nothing, look for evidence of an insurance agent or professional who might be able to provide leads. The agent who sold the deceased a home or auto policy may know of a life insurance policy, Danise notes. Accountants, attorneys and financial advisers also may be helpful. Check the deceased’s address book and checkbook for clues.

4. If you find the name of the insurance company, you can do an Internet search to find its contact information and make a claim. If the insurer is no longer in business under that name, don’t worry; its policies have been transferred to another company. If you can’t find the name of that company with a simple search, you can contact the insurance department of the state where the policy was sold, Danise said.

5. Another possible resource the escheat office of the deceased’s state. Some insurers turn over death benefits as unclaimed property if they know the policyholder is dead but can’t track down the beneficiaries. You can start your search at the National Association of Unclaimed Property Administrators’ search website.

6. Still no luck? For $98.50, Archibald’s service will query more than 450 insurance companies to see if they have a policy registered to the deceased. If one is found, the insurer contacts you directly. Archibald said he often doesn’t know the result of the searches, but he has had “hits.”

One client in his late 20s remembered sitting by, at age 7, while his father had a long conversation with an insurance agent in the family home. The boy watched as his father signed a document and wrote a check. When the father died a few months later, however, there was no word of an insurance policy.

Archibald said he got a call from the client soon after sending out his queries. Bingo — an insurer had the policy, for a face value of $100,000. More than 20 years after the death, the young man’s family finally benefited from the father’s foresight.

What they didn’t get was the interest that might have accumulated on the money for all those years. The insurer paid interest only from the time it was notified of the death and its eventual payout, Archibald said.

Unfair? Perhaps. But all the more reason to start hunting now in case a life insurance policy has gone missing.